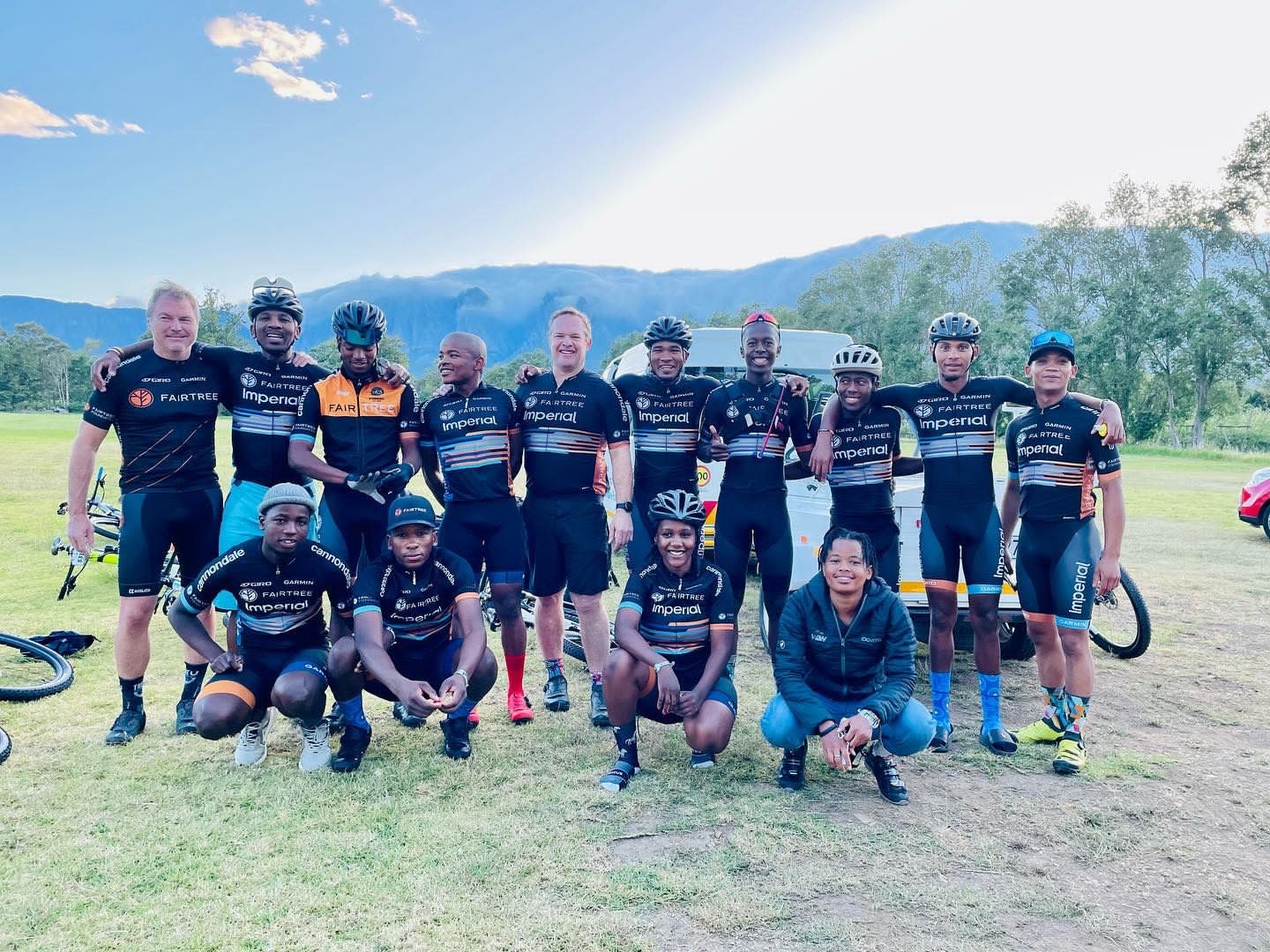 In 2021, Imperial, a DP World Company, began its sponsorship of the Western Cape based Fairtree Imperial Cannondale Racing team, an accomplished mountain biking team that are rising stars on the global stage. The sponsorship includes the use of a vehicle to transport the team, new cycling kits, as well as funding towards team housing and living expenses. The riders haven grown from strength to strength during this time, with team members Luyanda Thobigunya and Lorenzo le Roux winning the esteemed FNB Wine2Wales in 2021, as well as the Exxaro category of the Absa Cape Epic that year, finishing 30th in the overall race. Having seven teams competing in the latter race represented a first for any South African cycling academy.

"The team includes 16 men and 2 women, all from disadvantaged backgrounds," says Chris Norton, Team Manager of the Fairtree Imperial Cannondale Racing Team. "Despite facing many adversities, their incredible growth over the past few years leaves no doubt that they are a positive example of how sport has the power to unite communities and change individual circumstances, as it has done with these incredible riders – thanks to the people that have come together to give them the opportunities they deserve, and also to their commitment and dedication to the sport of cycling."

The past year has seen exponential growth for the team. Not only have they expanded to include a women's team, but the men's team has seen phenomenal success during the year, with a first-place podium win at the Brewery to Brewery 2022 race, and the team placing in the Top 20 overall. Luyando and Lorenzo also placed 16th overall in the Wines2Wales 2022 race, and 15th in their category. At the Java MTB & Trail Challenge, the team scooped all three podium spots, with a further two team members in the Top 10. Another highlight was the Origin of Trails 2022, where the whole team finished within the Top 100 riders, with Luyando ranking first overall.

This team is excelling at cycling and is also helping create a culture of healthy living by using the discipline of cycling to address both sporting and social challenges. They also earn an income as accredited tour guides with the Western Cape government - offering guiding to individuals, corporates and tourists, using local restaurant Casa Cerveza in Stellenbosch as their base.

"It is also encouraging to see team members paying their success forward in their communities," says Norton. "It was heart-warming to see Luyanda gift his team member, Lorenzo, his share of a bursary they had both won in 2019 so that Lorenzo's twin daughters could start the 2020 school year together. He donated the same bursary prize to his sister's child after winning it again in 2021."

Edwin Hewitt, CEO of Imperial's Logistics Africa business says: "This kind of team spirit and success, and the focus on community development, are what underpin the essence of our sport sponsorships as a business. We believe in the power of sport and what it can do for individuals, as well as that it can positively impact communities at large. We are proud to be associated with this incredible young team and look forward to their continued success."

Norton concludes: "The team has grown dramatically over the past year, due to the support from sponsors that have provided nutrition, housing, transportation and kit to ensure they are able to perform optimally. We have already found housing for our women's team, which increase to 4 members next year. We are excited by the progress made by our riders and look forward to some great results in 2023!"