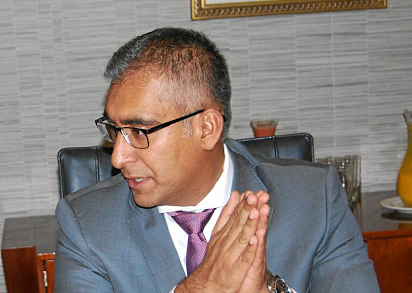 Imperial Holdings, which reported record revenues for the year to end-June, will complete the unbundling and separate listing of its logistics and automotive divisions in the fourth quarter of 2018, acting CEO Mohammed Akoojee said.

The separation of the two businesses will enable investors to value the two companies, which operate in distinct markets, separately. It will also allow shareholders to buy shares directly in either of the two Imperial businesses.

Speaking at the release of the company’s financial results on Tuesday, Akoojee made a strong case for the unbundling, saying there were no operational synergies between Imperial Logistics and Motus.

The two companies had grown into self-sufficient businesses operating independently in different markets and geographies, he said.

Motus, its vehicle sales and car rental business that contributes 60% to group revenue, was mainly focused on SA, while 68% of Imperial Logistics’ revenue is generated outside the country. Imperial Logistics, which operates mainly in Africa and Europe, offers supply chain management services.

"The priorities of the businesses are different. The question was, do these businesses need to be together?" Akoojee said. The unbundling was seen as "a long-term benefit that shareholders will get", he added.

Shareholders were generally supportive of the unbundling, with "no major pushback".

Both divisions had good prospects and were expected to deliver solid results for the year to June 2019. They would be able to fund their own growth while continuing to pay dividends in line with Imperial’s targeted payout ratio of 45% of headline earnings per share (Heps).

In the past financial year, Imperial increased operating profit 6% to R6.4bn.

The net debt to equity ratio declined from 74% to 50%, with the improvement attributed to, among others, cash proceeds from the sale of non-strategic assets, an improvement in working capital and reduced capital expenditure.

The Imperial share price closed 1.5% higher at R201.31, outperforming the FTSE/JSE industrial index, which was up 0.24%.