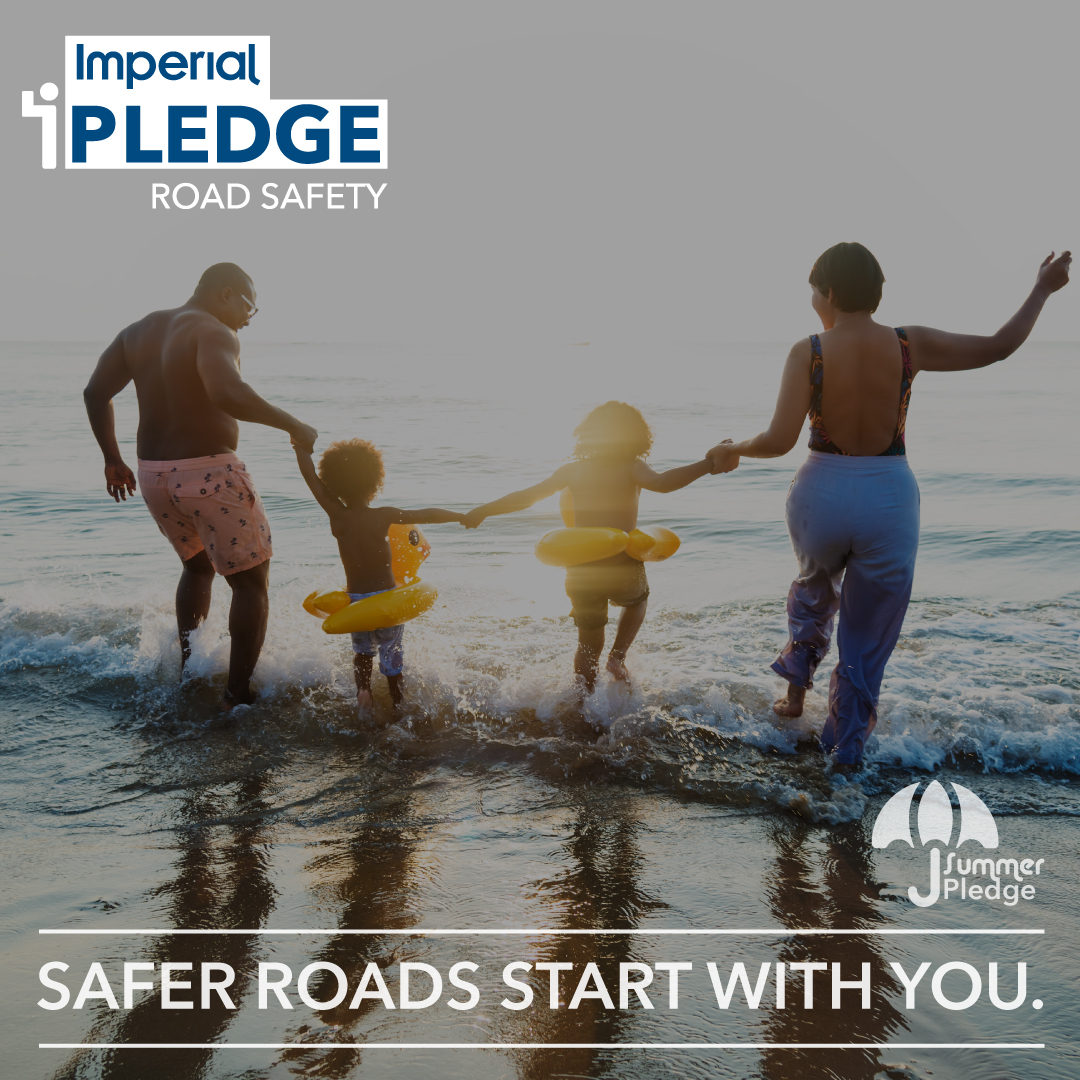 Imperial, a DP World Company, is once again taking to the roads this festive season to promote road safety, including a road safety awareness campaign on two of South Africa's major national travel routes.

"Road safety is a critical issue and as a leading logistics and market access player on the African continent, Imperial has a responsibility to help make our roads safer," says Esha Mansingh, Imperial's Executive Vice President of Corporate Affairs and Investor Relations. "With many people planning a long-awaited and well-deserved break this festive season, we know that this too means increased risk of road incidents. We have therefore also continued with Imperial's iPledge road safety initiative this year to ensure that we continue to be a part of the positive change that we want to see on our roads."

Imperial's road safety teams will be present at these stations and will engage with motorists to drive awareness around safe behaviour while driving, as well as the responsibility that each passenger has to ensure a safe journey. In addition, motorists can take their personal pledge for road safety at these stations. Some of the most impactful road safety pledges in the past have included not texting or using a phone while driving, not drinking and driving, not overtaking recklessly, and always driving within the speed limit.

In addition, Imperial will also be activating a road safety awareness campaign that encourages truck drivers to prioritise road safety. At these stops, truck drivers will compete in the Festive Challenge, which consists of a number of obstacles to be successfully navigated to win prizes.
"It is critical that we actively influence positive road user behaviour over this busy period and help people to realise that safer roads start with each one of us. Make a conscious effort to do your part, take the iPledge, and encourage other road users to do the same," adds Niki Cronje, Vice President of Brand, Sponsorship & Marketing at Imperial.

If you are travelling during the upcoming festive period, Imperial encourages you do so safely and look out for Imperial iPledge teams along your holiday routes.