Central Gauteng Lions and Lions Cricket join forces with POWA, Imperial and other union partners to assist in curbing high levels of femicide. 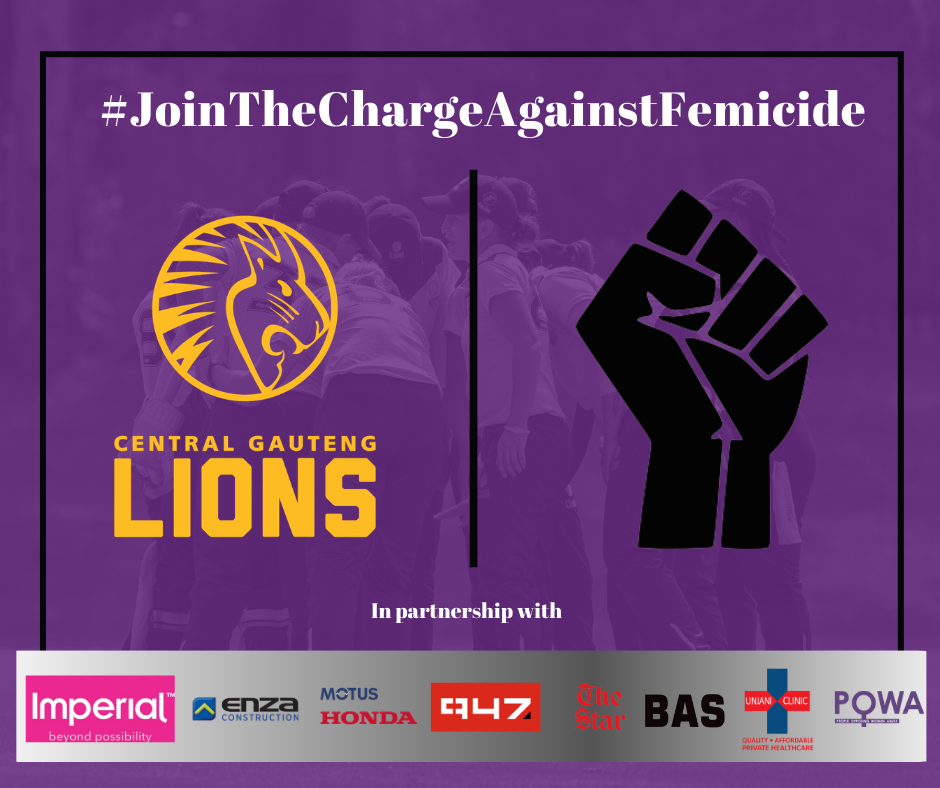 CENTRAL GAUTENG LIONS AND LIONS CRICKET JOIN FORCES WITH POWA, IMPERIAL AND OTHER UNION PARTNERS TO ASSIST IN CURBING HIGH LEVELS OF FEMICIDE

"South Africa has the highest rate of Gender Based Violence (GBV) incidents in the world and the numbers remain unabated. The partnership seeks to raise the awareness of the high level of GBV rates in South Africa, implement measures to curb this scourge and raise funds and resources for POWA. As a union and franchise, led by a female President, we better understand challenges faced by women and  we can proudly and firmly say that the Central Gauteng Lions and Lions Cricket will help South Africa's women and children have a voice through sports and beyond," commented Jono Leaf-Wright CGL and Lions Cricket CEO.

POWA's Chief Executive Officer Mary Makgaba said; "We at POWA strive to provide a safe and equal society intolerant of all forms of violence against women and girls in all our diversity, where women and children are treated with respect and dignity and their rights are protected. We are pleased and humbled to partner with the Gauteng cricket community and its partners to end the scourge of Gender Based Violence and Femicide."

"Imperial believes that much more can be achieved through a collaborative effort to drive the much-needed awareness around the challenges faced by women, and to provide platforms of support for those that are impacted. Imperial is committed to not only driving the development and support for women in the workplace, but also in our society through this and many other partnerships. We are proud to be part of this collaboration for a critical cause," says Esha Mansingh, Chief Corporate Affairs and Investor Relations Officer at Imperial.

"Unjani Clinics fully supports the CGL and Lions Cricket campaign against Gender Based Violence, and we look forward to working with all the partners to create heightened awareness and hopefully end the horrendous scourge of violence against women and children in our country," said Lynda Toussaint Unjani Clinics NPC CEO